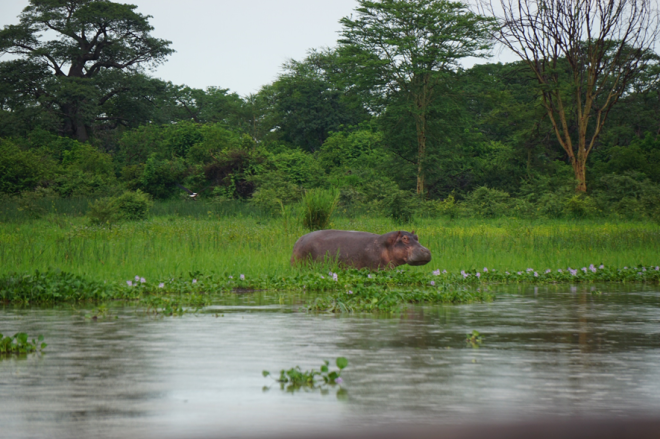 I recently got back to Scotland after spending 5 months in Blantyre, Malawi, doing data collection for my PhD. It was great to get out in the field and start gathering data and talking to people, after months of sitting at a desk in Stirling. That said, fieldwork can easily throw up unexpected challenges, and feel overwhelming and hard to manage… So, having reflected a bit, here are 6 lessons that I learned from fieldwork:

I spent almost the entire time on fieldwork just piloting my surveys. Virtually all of the ‘proper’ data collection was done in a rush, just before leaving, and continued after I had left. The rest of the time was spent asking endless questions, reflecting on the answers, trialling different ways of asking the same question, and poring over questionnaires for weeks, checking, rechecking, and discussing translations. I revised the questionnaires continuously, cutting out questions that eventually seemed unnecessary, and tweaking answer choice options and orderings.

After countless mini-pilots, I did a big pilot, with a sample of 100 people, and had a go at analysing the results. I noticed some interesting patterns coming out from some questions thrown in at the last minute, which allowed me to kick myself sooner rather than later for not exploring those themes in more detail! Fortunately, I could then go away and expand those questions and answer choices, rather than relegating them to a ‘future work’ section in my chapter. When I finally did my ‘proper’ data collection, with over 400 people, I was confident that the questionnaire was in great shape and would bring back lots of interesting data.

Chatting with friends and colleagues about the research led to all sorts of insights and unexpected opportunities. As anthropologists everywhere know, you can gain so much from an informal chat with a (local) friend about a topic. These confiding discussions, built upon over months and months, allowed me to move my layers of understanding deeper than I could have done through formal interviewing alone.

Keep in touch with supervisors

I emailed my supervisors every week with a list of what I had been doing, what I had been reflecting on, and what I was planning to do next. This formality helped to keep me on my toes; I felt like I had to give a good report every week, and not sound like I had been sitting around doing nothing (which was often tempting in the heat!). Halfway through fieldwork, I also tried to write up mini-reports of the different data collection exercises, in order to: summarise where they were at; provide some preliminary results, discussion, and reflection; and lay out what to do next. This was massively useful for me in the field, and also gave me a head-start when I got back to my desk in Scotland with piles of data to analyse.

Watch out for the unexpected

At certain points in fieldwork, paper copies of completed questionnaires and translations were piling up on my desk much faster than I could input them to spreadsheets. No problem, I thought – they’re safe here in this locked office with no windows, on the second floor of a building – I can input them later. That was until water started unexpectedly pouring through the ceiling after an evening of extremely heavy rain, flooding the room up to our ankles, and splattering all over desks and shelves. By some miracle, none of my piles of questionnaires got damaged, which would have meant weeks of work having to be re-done… But it was a very close call!!

Show off your work (especially to the people in charge)

As well as gathering questionnaire data, I also worked with the Crown Ministry Center to establish a pilot scale black soldier fly larvae waste processing facility at a permaculture farm on the edge of Blantyre. We held an ‘open day’ for members of the farming community and local government to come and take a look, and received a lot of interest. Two local officials visited from Blantyre City Council: Dr Kanjunjunju, Director of Health and Social Services Department, and Mr Mndelemani from the engineering department. These departments oversee solid waste management and faecal sludge treatment in the city, so it was fantastic to demonstrate this exciting new technology to their leaders and discuss its potential for deployment in Blantyre.

There’s no way around it – fieldwork can be very difficult, frustrating, uncomfortable, and lonely at times. As time went on, I realised how important it was to look after myself. My stress and homesickness levels were helped so much by taking the time to go out for a pizza each week (at Jungle Pepper, the best in Blantyre!). A good pizza is my all-time favourite food, and it gave me a much-missed taste of home. Malawi is also famous for its gin, and I can’t deny the medicinal effects of gin and tonic after a difficult, sweltering day either.

Finally, having travelled halfway around the world, it would have been criminal not to take a holiday! Or several!